What does tilt mean?

Following on from last month's 'What's a pin game?' post, I thought I would follow up with term that is synonymous with pinball, tilt. 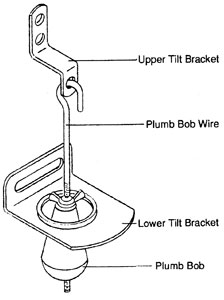 Early pin games did not have flippers, instead players jostled the table to get the ball to go into scoring holes. As pin games became increasingly more mechanized, triggers we added to limit how much players could move or "tilt" the table. Often the tilt mechanism comprised of a plumb bob hanging from a bracket inside the cabinet. When the machine was jostled too much, the plumb would bang against the inside of a ring that surrounded it and the game would lock out things like flippers and anything that added to the player's score, allowing the ball to fall out of play. This was known as "tilting", because you had tilted the plumb bob.

When electronic displays were added to pinball machines, they were programmed to display "TILT" when the player had gone too far with jostling the machine. Nonetheless, it remains a legitimate tactic when playing pinball, with top players knowing just when and where to jostle a table to keep the ball in play or activate high-scores.

Incidentally, next time you are on Google, try searching for "tilt". You'll find some interesting results.